Discussions and research about the use of Pre-Exposure Prophylaxis as an HIV prevention tool continue to expand our understanding of how it might fit into our toolkit. In this guest blog post (originally published on PositiveLite.com) Robert Birch talks to Jody Jollimore of B.C.’s Health Initiative for Men, whose position on Pre-Exposure prophylaxis remains “cautiously optimistic.” 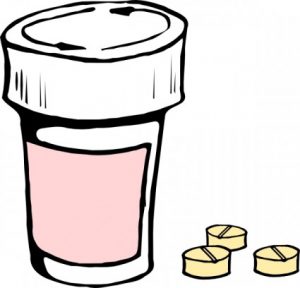 Conscious choices make for better sex. Discussing our options is vital if we’re going to break the statistical stalemate of HIV infections for gay men. Is another bio-medical approach advancing the interests of gay men? While options are necessary, few of us in this country have access to one of the latest: PrEP. It seems many local health authorities have barely begun to dive into the mix. If we are going to get anywhere on this we need to shake it up. More conversations are needed.

Jody Jollimore is the Program Manager for Vancouver’s Health Initiative for Men. These gays have changed the West Coast landscape of gay men’s health. This group of smart gay men roll out an inspiring collection of comprehensive wellness programs, promotional health campaigns and other gay men’s events. Their work is evidence based. As regional leaders in the field they also put out position papers to help set the tone and evolve the conversation about issues important to gay men’s health and wellness. I sent Jody a short set of questions to survey the impact of PrEP.

Their position paper on PrEP is here.

[PrEP sound-bite: Pre-Exposure Prophylaxis is a new HIV prevention method in which HIV negative folks take a daily pill to reduce their risk of becoming infected. It has made a much needed splash in the bio-medical prevention tool kit].

Robert:  Thanks Jody for taking time out of your intense schedule. To start, has your position on PrEP evolved since you posted your paper last spring? What new research informs your present understanding of the efficacy of PrEP?

Jody:  No, our position on PrEP remains cautiously optimistic. Health Initiative for Men continues to welcome new HIV prevention options for gay men and we welcome more research on PrEP as one of those options. Since creating our position paper, no other major research studies have produced findings, so we are still relying on iPrex data.

Recently the guys at HIM have been hearing of PrEP research studies in the UK and France, and even as close as Montreal and Toronto. We look forward to the results.

As difficult as it can be at times, we’re trying to avoid some of the politics associated with individual rights versus population rights dialogue. Ultimately, we recognize that for the best possible health outcomes to be achieved there must be some balance between the rights of individuals and the rights of the population. Instead, we view our role not to advocate for a particular rights-based dialogue, but rather to provide trusted, tailored and targeted health promotion that gives gay men (and other men who sex with men) sexual health options.

Are gay men in Vancouver, that HIM knows of, employing PrEP as a health strategy? If so is there any evidence, anecdotal or otherwise, that it is working? Who is evaluating this process?

Yes, while strictly anecdotal, we have heard of a few guys who are using PrEP as a prevention strategy, but to date these cases have been guys who have HIV positive boyfriends or partners (and in serodiscordant relationships). Preliminary findings from one of our more formal research partnerships (The CIHR Team in the Study of Acute HIV Infection in Gay Men) tell us that very few guys even know about PrEP, and of the sample of roughly 180 guys, no one had used it. We do know of guys in Toronto who are using PrEP and writing about it (in PositiveLite.com I believe).

Other than the position paper how are you educating BC gay men about PReP?

Most recently Health Initiative for Men attended a think tank on ‘communicating risk to gay men’ hosted by CATIE in Toronto. As members of the think tank we contributed to a document that will serve as the basis for a national information campaign developed by CATIE, targeted to gay guys, delivered by HIM and other organizations in Canada. We also have a team member who sits on the advisory committee for the new chapter of the Canadian AIDS Society Guidelines for Assessing Risk (Biological Factors). Both documents will include information on PrEP specific to gay men and other men who have sex with men.

What role does PrEP play in the social discourse of gay men’s health?

PrEP has really opened the door for a discussion on HIV prevention strategies other than condom use. Long thought of as a dirty secret, the reality is that not all gay men wear condoms, and now for the first time since the 80s we can actually talk about it. For years, gay guys have been using other strategies like looking for partners with the same HIV status and even getting tested with partners, to avoid picking up or passing on HIV. Yet, prevention messaging remained somewhat static, centered almost exclusively around condom use, long after guys had discovered other ways of reducing transmission.

While I think open and nonjudgmental discussions about condom use and other HIV prevention options are long overdue, I find it surprising that PrEP has initiated that conversation, since iPrex participants were actually counseled to use condoms while taking PrEP. Whatever the reason, gay guys are discussing HIV prevention again, this must be a good thing!

What do you foresee as the future of PReP as a strategy?

All the best Jody, for you and the HIM team – and on behalf of gay guys (if I can be so bold) thanks for all your good work. Thanks for building on a strong legacy and making the gay health care scene fresh again.