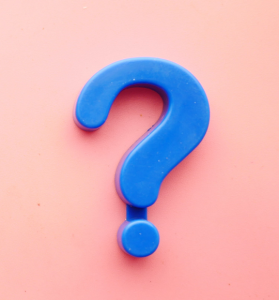 PAN takes an advocacy role on the decriminalization of HIV, working with the Legal Network, PAN member groups and other allies to address the unjust practices, policies and prosecutions of people living with HIV.

This resource page provides information for service providers, people living with or affected by HIV, advocates, policy makers, and others interested in understanding how HIV is addressed in provincial and federal legal systems. These resources should not be considered as legal advice to be used in individual cases. If you have questions about a specific case, please consult a lawyer.

10th Symposium on HIV, Law, and Human Rights – HIV Legal Network
This international event explores the relationship between HIV and human rights, how criminal laws can be reformed to uphold the rights of people living with HIV, and how those working in the sector can use their work to challenge injustices everywhere. The 2022 symposium focused on HIV Criminalization: Challenging Injustice in Canada and Around the World. (2022)

HIV Criminalization focus from the HIV Legal Network
People living with HIV are being convicted of serious criminal offences and sentenced to years in prison for not disclosing their HIV status to their sexual partners — even when there is little to no risk of transmission. This misuse of the criminal law is often done in the name of public health. But in reality, HIV criminalization leads to multiple harms. Learn about the ongoing work on this issue by the HIV Legal Network.

HIV Justice Network
The HIV Justice Network is a global information and advocacy hub for individuals and organizations working to end the inappropriate use of the criminal law to regulate and punish people living with HIV.

National Perspectives from the Government of Canada

The Criminalization of HIV Non-Disclosure in Canada, Report of the Standing Committee on
Justice and Human Rights (2019). This report provides recommendations on how to apply the law in cases of alleged non-disclosure of HIV. It has significant changes from earlier reports, and in addition to looking at how to apply the law to cases, it discusses HIV as a public health issue; and aligning provincial and federal practices.

Attorney General of Canada to issue Directive Regarding Prosecutions of HIV Non-Disclosure Cases (2018)
On World AIDS Day 2018, the Honourable Jody Wilson-Raybould, then Minister of Justice and Attorney General of Canada, announced that a directive related to the prosecution of HIV non-disclosure cases under the federal jurisdiction of the Public Prosecution Service of Canada would be issued; The Directive itself followed on December 8, 2018.

The Criminal Justice System’s Response to Non-Disclosure of HIV. (2017) This Department of Justice report explores the question of HIV non-disclosure and the law in various contexts, including public health; medical evidence on treatment effectiveness; HIV transmission risk; and prosecutorial practices and considerations. On its release, the Department of Justice made a statement that includes:

The report … reaffirms that HIV is fundamentally a public health issue. It provides a comprehensive review of the most recent medical science on the risks of HIV transmission through sexual activity and shows how the criminal law deals with cases involving the non-disclosure of HIV-positive status prior to sexual activity…. It informs an evidence-based approach to addressing HIV non-disclosure in the criminal justice system. (Read complete statement)

The HIV Legal Network Extensive resources on the history of legal process and HIV in Canada; advocacy campaigns and actions; resources for legal professionals, service providers, and information for people living with HIV.

Media Reporting: HIV and the Criminal Law
This guide from the HIV Legal Network is an evidence-based resource to assist journalists in Canada in reporting responsibly and accurately about alleged HIV non-disclosure and resulting criminal cases.

Canadian Coalition to Reform HIV Criminalization The Canadian Coalition to Reform HIV Criminalization (CCRHC) is a national coalition of people living with HIV, community organizations, lawyers, researchers and others formed in October 2016 to progressively reform discriminatory and unjust criminal and public health laws and practices that criminalize and regulate people living with HIV in relation to HIV exposure, transmission and non-disclosure in Canada.

2022
What Do You Need to Know? PAN FAQ on HIV Criminalization for Frontline Workers

The Criminalization of HIV Non-Disclosure: What Do You Need to Know?
Invitational presentation to Canadian Association of Nurses in HIV/AIDS Care conference, May 13: Decolonize & Decriminalize

2020
What Do You Need to Know? Fact sheet for frontline workers. Updated June 2022

2019
HIV Criminalization Update (August 2019)
New Prosecutorial Guidelines Announced (April 2019)
The U = U movement continues to change the global conversation around HIV, stigma, prevention and the law (February 2019)
Update on The Push to End Unjust HIV Prosecutions in BC (January 2019)

The Sex-2 Policy in the Crown Counsel Policy Manual is used to guide decisions by prosecutors on whether to lay charges in instances of alleged HIV non-disclosure. If you have questions about an individual case, please consult a lawyer.