Drug Prohibition uses criminalization as a means to reduce or eliminate the production, distribution and use of certain substances. As a social policy, it has been a costly failure, both because of the immense financial and human resources necessary to implement it, and in the cost to individuals, families and communities who have suffered the fall-out of the war on drugs. The persistence of drug prohibition, despite its obvious futility, indicates that it serves other purposes or interests. It has long functioned as a tool of race and class based social control, legitimized the expansion of the state’s militarized policing powers, and been used to justify and fund imperialist intervention and proxy wars.

On the local front, the Downtown Eastside of Vancouver, BC has borne the wounds, fractures, diseases and deaths that prohibition produces, and its residents carry the alienating stigma that criminalization generates. Overdose deaths, murdered and missing women, the spread of HIV/AIDS and Hep C, child apprehensions, needless incarceration, daily police harassment and intimidation – all flow from living under the regime of drug prohibition.

It’s time to move beyond prohibition, and towards a framework that recognizes the desire for altered states of consciousness as a normal part of human behaviour, that develops drug policy based on public health and social justice, and that begins to address the social roots of addiction. . We need to set drug use within the framework of collective self-determination and social justice not punishment and exclusion.

This community gathering will open up space for popular education and dialogue around prohibition and build momentum toward strategies for social change. 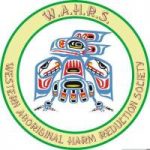 The Downtown Eastside has long been ground zero for the war on drugs, but it is also the site of some of the most powerful and dynamic challenges to the paradigm of prohibition. The drug war began here, and now it’s time to stop it here!