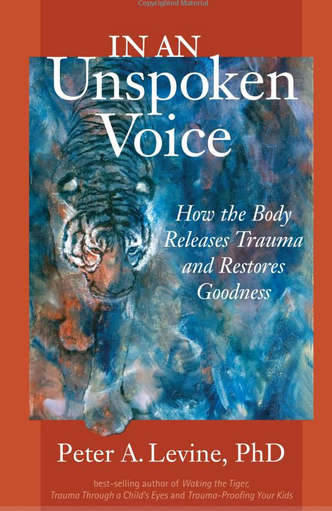 This is Peter A. Levine’s latest work on trauma. Levine hold doctorates in both medical biology and is the founder of “Somatic Experiencing”. He draws on his broad experiences as a clinician, brain researcher, stress scientist, and as a keen observer of the naturalistic animal world to explain the nature and transformation of trauma in the body, brain and psyche.

In an Unspoken Voice is based on the idea that that trauma is neither a disease nor a disorder, but rather an injury caused by fright, helplessness and loss that can be healed by engaging our innate capacity to self-regulate high states of arousal and intense emotions.

Levine has captured the essence of trauma as residing in the “unspoken voice” in our bodies. It is a must read for anyone interested in, or working in the field of trauma.