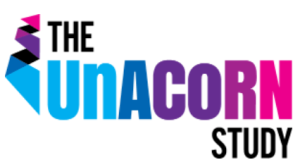 Only you know your true sexuality and gender. But sometimes other people will try to influence how you feel, express, or identify. We’re a team of researches who want to hear about the times when your sexual and gender feelings, expressions, or identities are doubted and denied… But also, where they’re affirmed and celebrated! Tell us about your experiences by answering our survey!

Who is doing this study and why?

We’re a team of social scientists and health researchers from across Canada. We want to better understand the range of settings where youth have their sexual and gender identities supported or threatened. We’ll then use these results to work with school administrators, lawmakers, community organizations, healthcare providers, religious organizations, sports teams, and many others to make sure more youth feel safe and affirmed wherever they go!

Who can answer the survey?

Anyone 15-29 years old living in Canada or the U.S. can answer the survey, in English or French. The survey takes about 30 minutes to complete, and you’ll have the chance to enter a draw to win one of several $100 gift card prize or a giant stuffed toy unicorn!

We are especially interested in hearing from folks who feel attracted to people of the same gender/sex (including queer, bi, gay, lesbian people), those who do not feel sexual attraction (asexual people), those who identify with a gender that’s different from gender/sex at birth (trans and non-binary people), Two-Spirit Indigenous people, and folks who express their gender in ways that differ from social expectations. We also want to hear from you if you are straight and cisgender – you, too, can help make communities safer and more affirming!

Learn more about the survey and taking part.