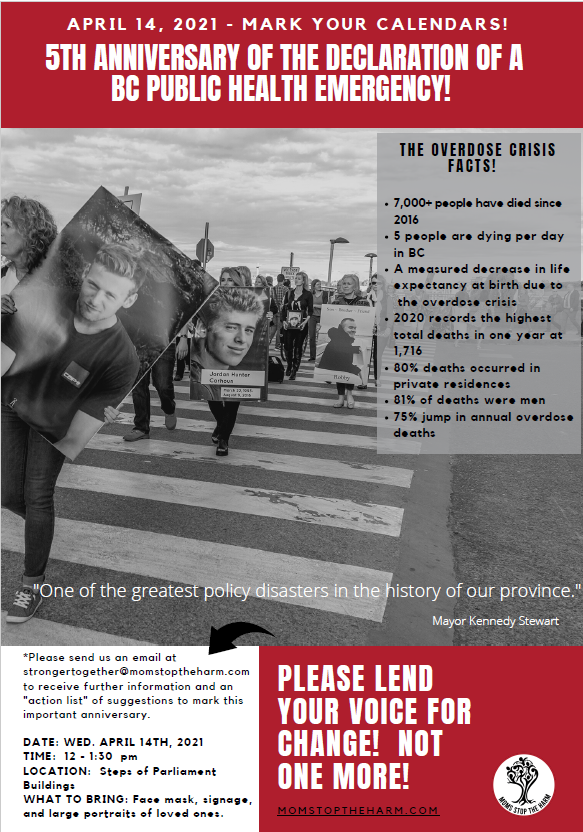 Save the Date: April 14 – Anniversary of Public Health Crisis Declaration in BC

On April 14, join thousands of Canadians who will be demanding change to Canada’s drug laws, which are fuelling an overdose crisis that has taken more than 19,000 lives. April 14 is a painful and meaningful milestone: the five-year anniversary since British Columbia declared a public health emergency because of a rise in drug poisonings from a tainted drug supply.

Here’s What You Can Do