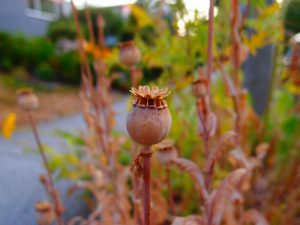 Oralia has joined the team as Evaluation Coordinator. She will be working alongside Paul, Alfiya, Leanne and Janice.

What sparked your interest in working in the HIV or hepatitis C community?

Over a decade ago, I had the privilege of a lifetime to spend a summer in Amsterdam where I studied a Summer Institute on Sexuality, Culture and Society at the University of Amsterdam. As part of the institute, we were taken on field trips and talks with local experts including the people who run the Prostitution Information Centre located in the Red Light District. There I heard about the struggles to bring about labour rights and social recognition for sex workers, and one of the speakers encouraged me to attend an International HIV Conference at some point to learn more about sex workers’ social, legal, and health mobilizations and achievements worldwide. And I did. I have been able to attend three of these international conferences to date. So, I “stumbled upon” HIV issues a bit indirectly, at least initially, but I have grown more and more interested in HIV and generally in public health issues affecting diverse countries and communities since then.

What’s an exciting thing you are working on now?

I am in the last stretch of my postdoctoral research at the BC Centre for Disease Control and the UBC School of Population and Public Health. I am working on a fascinating implementation science project examining the contextual factors shaping the scale-up of novel testing services (particularly those involving digital technologies) in British Columbia. I aim to use some of the insights I have gained from that project in my evaluation work at PAN.

If you had unlimited funds, what parts of community work would you invest in? (research, outreach, training, etc.)

I feel that the spaces for fruitful debate and the collective growth that comes as a result of thoughtful discussions have become narrower and largely limited to social media platforms. If I had unlimited funds to put towards community projects, I would invest in a province-wide campaign and program that would enable communities across BC to engage with one another in deep thinking, in collective dialogues, engagements, and exchanges, where we could slowly and carefully think through and work together in bringing about a more just world.

If you were to write a book about work life, what would its title be?

Zooming in: The trials and tribulations of a program evaluator in a pandemic world.

If you could work with a celebrity, who would it be and what would you be doing?

Time to dream. As a sociocultural anthropologist, I either would join the famous Paul Farmer to work in Partners in Health for a year, or become an embedded social scientist in a field public health team sent somewhere around the world by the World Health Organization or Médecins Sans Frontières. I think there is still little widespread recognition for social scientists and social-science expertise in the field of public health and epidemic preparation and response, and if I could, I would like to contribute to changing that.