I didn’t attend AIDS 2012 in Washington last July, but I do remember that when others came back they were all abuzz about the concept of the treatment cascade as possibly the next “big thing” in the way that we conceptualize HIV prevention and treatment. Now, many months later, and numerous references to the treatment cascade in meetings, policy documents, articles, and other HIV-discourse hubs later, I have to give my AIDS 2012-attending friends and colleagues pats on the back because I think they were right. 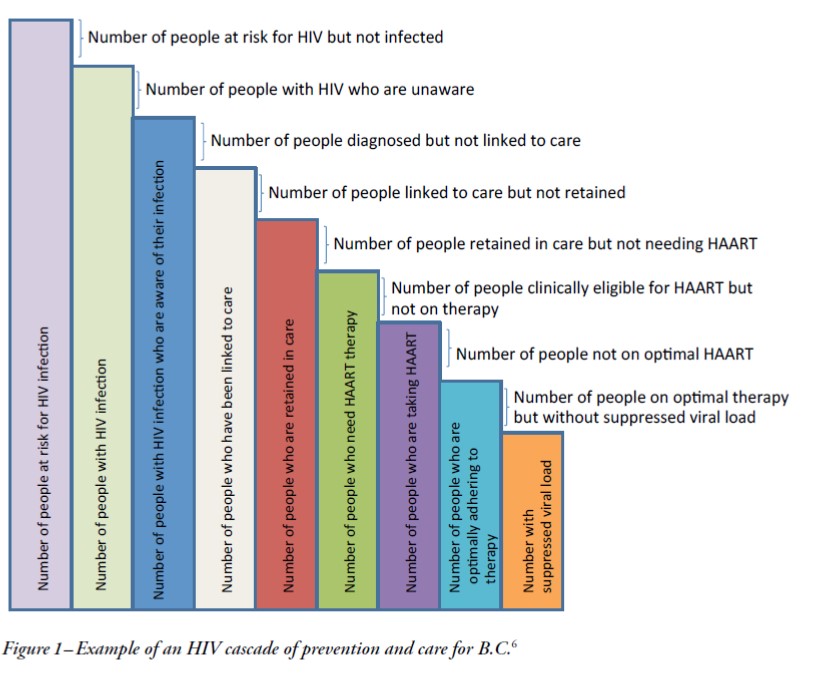 This example of an HIV cascade of prevention and care appears in the 2012 document “From Hope To Health,” which lays out the BC government’s framework for the provincial expansion of the STOP HIV/AIDS program.

While the meme of “AIDS free generation” also took hold at AIDS2012, it’s purpose was mainly to offer hope and buoy a movement, while the treatment cascade seems to be a model that is transforming how we approach HIV treatment and work to identify gaps in the continuum of care (from prevention, to testing, to care and treatment) so that fewer individuals are lost along the way.

Roughly defined, the HIV treatment cascade (or the cascade in care) is a way of calculating what proportion of HIV in a country or community is on anti-retroviral treatment and is virally suppressed – meaning no detectable virus in the blood – and how many people “fall off” the cascade at each step. Below are some interesting and key documents to look at in order to build an understanding of this concept. 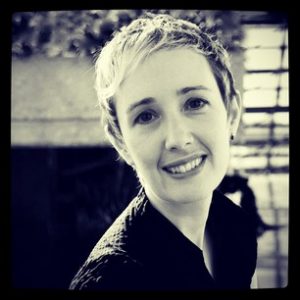