It was my first year attending the Gay Men’s Health Summit this November (the 8th annual organized by the Community-Based Research Centre for Gay Men’s Health) and the organizers dished out an impressive program. While efforts to de-stigmatize HIV testing have been encouraging everyone who has ever had sex to get tested (an important effort!) HIV remains a heavy burden for the gay community, an issue conference organizers insist needs to be brought into the light. While in Vancouver it is estimated that 1 in 1000 people have HIV in the general population, when you look at just the gay male population, the number is 1 I 5. Needless to say, it remains as important as ever to gather to discuss how HIV is a key health concern for the gay men’s community. To keep the discussion going, I connected with Jaime Forrest, the coordinator of the Momentum sexual health study, to hear his reflections on what was presented at the Summit.

Andrea Langlois (AL): What does this year’s summit theme “Reconsidering the social determinants of health” mean to you? 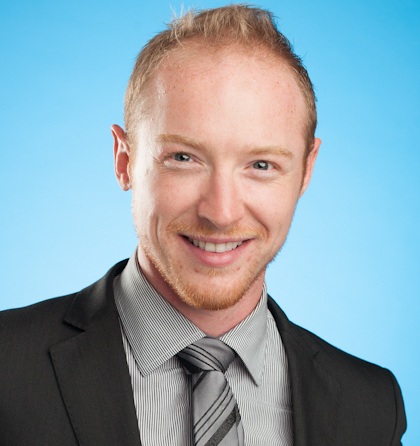 Jamie Forrest (JF): Reconsidering the social determinants of health is about highlighting and recognizing the important social drivers of gay men’s health inequities. We are not all equal in our risk for any given health condition. There are social, cultural and economic factors that make us all more or less susceptible to illness. Research and practice that ignores this, by not considering the unequal distribution of access to resources and knowledge that protects our health, will be flawed in its approach. This year’s conference importantly reminded us that broadening the discourse to include elements of the social determinants of health framework is crucial to working towards a better and more holistic understanding of gay men’s health.

AL: A new (to me at least!) acronym got more action than others at the Gay Men’s Health Summit was “UAI.” What does this acronym mean and what does it say about the focus of some HIV prevention research?

AL: Methods for measuring sexual altruism and HAART optimism were presented by Allan Lal and Ashleigh Rich, and Sarah Chown provided an overview of what gay men’s health literature says about resilience – what do these approaches offer to researching the social drivers of HIV within gay communities? Or not?

JF: Let me first remind folks that HAART optimism is the belief in/reliance on new HIV treatments, and how a lowered perception of risk may be associated with increased risk behaviour. I think that HAART optimism and resilience can be linked in a number of complex ways. Sarah Chown told us that resilience can be a strength in some contexts but can heighten vulnerability in others. In terms of exposing people to vulnerability, hiding behind optimism of HIV treatment and prevention innovations may be an effort to shield ourselves from actual sexual risks. For example, a belief in HIV treatment as a prevention tool may lead to reliance on “low viral loads” or as protection from transmitting HIV. More importantly though, we learned from these presenters that the ways in which we express HAART optimism and resiliency are both complex and unique and we must consider this when understanding sexual health in our communities. There was certainly agreement at the Summit that HAART optimism and the concept of “resilience” can serve to depoliticize gay men’s needs and that building resilience at the community level is an essential component to prevention.

AL: This year’s Summit included workshops on rebuilding the grassroots gay men’s health movement (Robert Birch) and several presentations mentioned the importance of community in building the health of a community, does this represent a shift in the direction of health programming for gay men?

JF: Community, in a broad definition, has always played a crucial role in the gay men’s health movement, but there are still ways in which our strength as a collective will accomplish more than our individual parts. This is especially true in a changing social landscape where gay men are more geographically decentralized than ever before. To keep our community movement building, we need to adapt to the new ways that gay men are seeking out others, and to pay attention to what gay men are looking for when we do this. Better community programming will need to include participation online, including social media and networking sites and mobile apps. Community building will also require us to take a more inclusive approach to gay men’s health that includes the social, sexual, mental and physical health domains important to gay guys today.

AL: Okay, now just for fun, what was the social highlight of the Summit this year? On the fashion front I definitely saw a lot of checked shirts and skinny ties!

JF: Skinny ties were definitely in this year, Andrea. Next year, I’m hoping to see more suspenders and bow ties at the best-dressed academic conference in BC. The social highlight of the conference has always been the wine night after the opening. It’s a great opportunity to connect with great folks doing great work in gay men’s health across Canada. Another great conference under our designer belts! 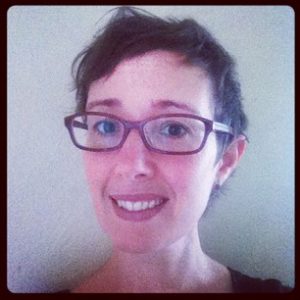