Andrew has worked on various projects with PAN.

Andrew Beckerman is a retired architect who lives in Victoria, BC, and has been HIV+ since 1980. He credits being alive today to his participation in the first Crixivan® trial. He has served on various Boards. 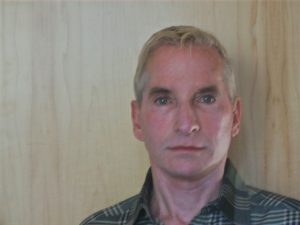 Andrew came to Canada from the US where he was engaged in a lot of non-profit work, particularly in design and community-based planning.  He has been involved in HIV research on the topics of food security and housing.

How did you get involved in community based research?

When the call went out recruiting research assistants for the Food Security Study someone at AVI drew my attention to it. When I heard about it again at a PAN forum, I decided to apply, and was accepted as one of several peer research associates for the study. I have been concerned about food security for AVI’s clients because although we have a lunch program every weekday it is not seven days a week and when I volunteer at the reception there are always people calling wanting to know if we will be offering a dinner that day. It is clear to me that people are not getting enough food and I know that my good health is partially due to the fact that I get access to all the healthy food I need. I understood from the original pitch for the Food Security Study that it would shine a light on food insecurity for people with HIV in BC and that it could help to shift policy on this issue – that’s why I wanted to be a part of it.

Research helps to build relationships between worlds. As a peer researcher who is HIV positive, this status is a commonality that allows people that I am interviewing to respond more openly than they might with someone who is HIV negative. Often, the fact that I am HIV positive is the only thing that I had in common with the people I interviewed – yet having this one thing in common helped to bridge our two lives. The role that this kind of research plays is that it helps to bring to light a different kind of data – not just statistics on a page but deep answers to questions that can be very personal and the stories that tell so much about peoples’ lives.

What was your most memorable moment as a peer researcher?

I think my most memorable moment as a peer researcher was when I did back-to-back interviews with two young people infected with the virus who had no understanding of the links between the medications they were taking and the impact on their future. It came up in conversation that I had been on treatment for 17 years. They both had separately assumed that they would be dead in two or three years and I told them that if they took their medication like I do, they would be more likely to die from a car crash, or cancer, or something other than AIDS. I don’t subscribe superpowers to myself but I felt like I opened their eyes to a future they didn’t think they have.

If you had unlimited funds, what area of research would you invest in?

I would be interested in studying why HIV negative men are often reluctant to interact on an intimate level with HIV positive men and what that tells us about stigma in the gay men’s community. We could then know more about how this affects HIV positive men’s ability to keep on going, keep on taking their meds, showing up for work and living healthy lives while our own community keeps discriminating against us for reasons not based on scientific fact.

I’d like to be the kind of person that people liked better – it would be great to have a cloak of likeability.