The theme of this year’s PAN annual report is the long run for positive change. We want to acknowledge the work and effort of our member organizations year over year: we see you. We hear you. Thank you for carrying on and inspiring us. We know that you are working in the face of some profound challenges.

As with previous years, one of these challenges is the drug poisoning crisis. At the time of writing this message, the latest information from the BC Coroner’s office is that 192 people died in the month of July alone. So far in 2022, 1,300 people have died, setting a grim new record for the first seven months of a calendar year. The death rate (42 people per 100,000 in BC) is now more than double what it was six ½ year ago when the province first declared the public health overdose emergency in April 2016. The deaths and the harms continue despite all the work done by peers and others on the front lines; despite the harm reduction services that are offered in, by and for, community.

Bottom line, we are failing to separate people from the toxic drugs that are killing them, or more to the point, we are failing to provide people with alternatives to that poisoned supply. While some people have benefited from the medicalized model that BC first introduced in March 2020, as of now there are just not enough prescribers, and the prescriptions that are available do not meet the need.

Despite the myriad of government releases, regular press conferences and some incremental policy changes, the biggest hurdle is the lack of political will. Our elected leaders are unwilling to support compassion clubs or other non-medical models. They appear to feel that “the public” is okay with the worsening status quo, after over a century of flawed prohibition policies demonizing and “other-ing” people who use drugs with stigma and judgment – particularly people who are poor, homeless, and visible; while people who use alcohol and people who can afford to do drugs in private are not. It would indeed appear that many politicians have done the calculations and decided that the “collective we” is more comfortable with six people or more a day dying, rather than implementing the evidence-based solutions that have been identified by people who use or have used drugs, which would make a difference. In the words of Lisa Lapointe, B.C.’s chief coroner, “It is a stain on our province for decades to come.” We agree and know it is a stain on all of Canada as well.

Another challenge is COVID-19. As we entered the third year of the pandemic, COVID continued to be a threat to public health, a source of tremendous uncertainty and some very harsh social divisions. While the vaccination and booster programs are preventing the significant loss of life that marked the beginning of the pandemic, today there is still concern about what the future may hold, and a painful recognition of how it has strained our public health care system and fraying social safety nets. And both COVID and the drug poisoning crisis continue to highlight deep social and health inequities. For example, we know that Indigenous people in BC continue to be disproportionately impacted by the drug poisoning crisis and COVID-19, all within the context of the overarching issue of racism in health care.

Peers, allies working on the front lines, and community-based organizations struggling to meet these needs continue to bear the brunt of these dual crises. It is an understatement to say that PAN members, the people who work and volunteer at them, and the clients and communities they serve, have been through a great deal over the past year. And just like the larger health and social service sectors, PAN members are having an increasingly tough time hiring and keeping staff. Our workforce is stressed, overworked, and strained with high turnover rates. As non profits, we struggle to offer people competitive salaries – and all the while the work of many peers goes unpaid or unfairly compensated.

Below are some of the ways that PAN has advocated with and for members over the past year to try and move the needle on different issues and support our communities in BC.

Policy change and advocacy regarding the drug poisoning crisis

Leadership at PAN continued to meet with staff at the Ministry of Mental Health and Addictions (MMHA) and Ministry of Health (MoH) to talk about our shared concerns regarding provincial policy; PAN wrote letters to federal Minister of Mental Health and Addictions Carolyn Bennett, sent a written submission to the House of Commons Standing Committee on Justice and Human Rights, and supported joint calls for the decriminalization of people who use drugs.

We continued to connect with colleagues at the BC Centre for Substance Use (BCCSU) to provide input from our members on the updated Risk Mitigation Clinical Guidance; and we supported various tables held by the Community Action Initiative (CAI) including a project working to shift municipal bylaws, the OPEN (Overdose Prevention and Education Network) and sitting on the Advisory Committee to help guide the the 2022 BC Community MHSU Sector Survey. Alongside the Coalition of Substance Users of the North (CSUN), we presented to the BC Government’s Select Standing Committee on Health – our joint submission focused on two key areas – increased, targeted funding to support peer groups and others on the front lines doing this work; and expanding safer supply- particularly with a view to small urban, rural and remote communities.

Advocating for funding and recognition of the community based sector

Leading up to December 1st, we were pleased to support Minister of Health Adrian Dix and MoH staff with some of the messaging for the province’s World AIDS Day and Indigenous AIDS Awareness Week statement. Other provincial work included meeting with the MMHA and Overdose Emergency Response Centre (OERC), and presenting to the Standing Committee on Health, to advocate for a new funding model for community-based organizations involved in the front line response to the drug poisoning crisis; and writing to Parliamentary Secretary Niki Sharma to call on the province to dedicate some of the COVID Recovery and Resiliency Fund to target monies for the front lines of the drug poisoning crisis.

Federal advocacy included continuing to work alongside the National Advocates ahead of the federal election to press all the parties to commit to additional funding for Canada’s domestic response to HIV, hepatitis C and other STBBIs; sending joint letters alongside the national advocates as well as CANFAR requesting meetings with the federal Minister of Health; supporting PAN members to sign, along with PAN and the national advocates, a joint letter and consensus statement to federal Minister of Health Duclos in the days leading up to the International AIDS Conference (IAC); working alongside other members of the national advocates social media working group to develop “Canada’s response to HIV is stuck in the past” campaign.

Our work continued to be informed by our members

Over the past year, we continued to convene regular, bi-monthly meetings of our members to hear feedback and priorities regarding collective advocacy issues. For example, in addition to funding sustainability and the overdose crisis, we also heard that housing and homelessness related concerns were a priority for many of our members. We began working alongside BC Non-Profit Housing Association, Homelessness Services Association of BC, Aboriginal Housing Management Association, Canadian Mental Health Association and formed a coalition to bring forward our shared concerns regarding complex care housing (CCH) in BC to the province. Together we sent a joint letter to the Ministry of Mental Health and Addictions (MMHA) – which resulted in our securing regular meetings with the MMHA, and the appointment of one of our coalition members (HSABC) to sit on the Provincial implementation Committee (PIC) for CCH.

This is a snapshot of our advocacy efforts over the past year. Huge thanks to the membership, and to the board of directors who have helped to guide our work regarding policy change. I welcome hearing from you if you have questions or feedback! 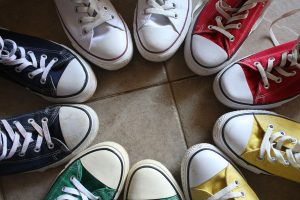 Board of Director’s Message