The loss of life can be attributed to the increasing contamination of the illicit drug supply with fentanyl, carfentanil and benzodiazepines.

But there is a growing consensus that the lack of urgency, political will and leadership from our provincial government is another key contributing factor. This includes not only the Ministry of Mental Health and Addictions (MMHA), but the Ministry of Health and the Premier.

Regarding decriminalization: on April 24th, 2019, Provincial Health Officer Dr. Bonnie Henry released Stopping the Harm, a report and an urgent call for decriminalization, along with recommended policy changes under provincial jurisdiction. In other words, a path to decriminalization for the province. Later on the very same day, Mike Farnworth, Minister of Public Safety and Solicitor General, held a press conference stating the province would not move forward with any of the PHO’s recommendations.

Then, more than two and half years later (Nov 2021), the MMHA finally submitted an application to the federal government requesting an exemption from Section 56 of the Controlled Drugs and Substances Act. This submission proposed a threshold of 4.5 grams which has been widely criticized by people who use drugs as being insufficient. There is also no way of knowing when the federal government will respond, and if the application will be granted.

Regarding safe supply, we don’t have it. The medicalized model of safer supply that is being extolled as a solution by the province, isn’t one. Think of another substance by comparison – alcohol. It is available legally, readily, and its contents are regulated so people know what they are consuming, whether they are dependent on it or casual users. For many people who use drugs, the prescription options that are available within the province’s drug policy do not offer a true alternative to the poisoned illicit supply. Access to willing prescribers is extremely limited, particularly outside of the Lower Mainland. Prescriptions are available only to people who have been diagnosed with a substance use disorder, which does not help meet the needs of casual users. Finally, innovations like the Victoria SAFER Initiative, and other approaches such as compassion club models must be operated as pilot projects, they receive no provincial funding, and can only reach a small number of people.

Advocate and peer clinical adviser, Vancouver Coastal Health Guy Felicella, during the Feb 9th provincial press conference: “For those who currently use drugs, to their families and communities who care for them and spend sleepless nights worrying for them, I say I’m sorry. You don’t deserve to live like this.”

“Where is the apology? Where are our political leaders who should be standing here beside me, in Ottawa and in provincial legislatures across the country, to acknowledge their failure and to share what they’re going to do to end this crisis? Why do we only hear from some of them once a month at best, simply acknowledging the number of people who’ve died, take a public flogging for a day and then move on?”

From Lisa Lapointe, BC Coroner: “We cannot simply hope that things will improve. It is long past time to end the chaos and devastation in our communities resulting from the flourishing illicit drug market, and to ensure, on an urgent basis, access across the province to a safe, reliable regulated drug supply.”

From February 9, 2022 press conference (45:45-47:17): “…We saw the lessons of prohibition, many, many, many years ago, it wasn’t effective. Governments decided that alcohol was going to be illegal and people should stop using it and they made it illegal and many people continued using it, and many, many, profits were made from that, and governments reversed that decision and alcohol become legal again. Alcohol is not a very safe drug, frankly, the harms related to alcohol in our province, in our country, are tremendous; billions of dollars connected to the harms. But it’s a choice that we have made, we want alcohol to be available to people. Quite honestly I’m not sure I see the difference between alcohol and other substances. For me as Chief Coroner, my goal is to save lives so if people are going to use substances, and we know they are, whether they’re using it for recreational purposes, whether they are dependent and they are physically in need of that substance, which we know is what substance dependency is, substance use disorder is, then it should be provided safely. And then we can rely on education like we do with alcohol, and of course it’s not going to be unregulated. You can’t get behind; you shouldn’t get behind the wheel of a car if you’ve been drinking alcohol or using of course any substance, and there are rules around that, and laws around that, and people are prosecuted for that and that is the way, frankly, that we are going to get out of this.”

And “The status quo has cost the province millions in policing, emergency response, short and long-term health care and incarceration while creating social mayhem in communities, making enormous profits for the drug trade and devastating lives.  It’s hard to see why anybody thinks that that’s an effective system. If the criminalization of drugs and drug users was supposed to reduce harm and prevent death, it is clearly an abject and very costly failure. It has resulted in shame, fear and punishment for people of all ages and for all walks of life.”

Dr. Nel Wieman, deputy chief medical officer, First Nations Health Authority: “The number of deaths due to toxic drug poisonings for 2021 translates to devastating losses of First Nations people: daughters and sons, aunties and uncles, mothers and fathers, sisters and brothers, and grandfathers and grandmothers. .. In every year since this public health emergency was declared, B.C. First Nations people have been over-represented in toxic drug-poisoning events and deaths. …We must continue to invest in Indigenous-specific, culturally safe harm-reduction, treatment and recovery services that are accessible, timely and free from discrimination and racism.”

Garth Mullins, board member of British Columbia Association for People on Methadone (BCAPOM) and host of the Crackdown podcast: “We have a message for the government of BC: the coroners’ body count is your report card and you get an F. We have lost confidence in you to deliver us from this apocalypse. So, we are looking to our own ranks of activists for safe supply. We are breaking the law to try to keep each other safe. And we are calling on the BC Minister of Mental Health and Addictions and the Minister of Health to resign.”

Karen Ward, drug policy advisor, City of Vancouver: “We are literally conducting pilot projects and evaluations to determine if people who use drugs are human and want to be alive. we really are and its not ethical. or acceptable. this isn’t research, its a delay tactic and there are grants involved while the research subjects are risking death by poverty. none of this is ok. what if the COVID response was multiyear pilot projects while thousands died”

Leslie McBain, co-founder with Moms Stop the Harm: “This is a public health emergency, one that has been declared as such for over five years, but where is the tangible action? This isn’t about more treatment beds, more ads on bus shelters; it’s about a full health-care sector response led by the government to develop a continuum of care to support people who use drugs in our province.”

Kennedy Stewart, Vancouver Mayor: “If this was a poisoned food crisis, or a poisoned medicine crisis, we would not be here year after year. The fact that we have yet to see a coordinated, senior-government-led, all-agency approach is as outrageous as it is tragic.”

Sam Fenn, Senior Producer Senior Producer of @crackdownpod: “Just to make clear, if one single person should resign it is @adriandix. We understand that the Ministry of Mental Health and Addictions—with its tiny budget—is there to deflect criticism away from Dix and Horgan. Dix should have to face these questions from journalists too.”

What do we need now?

We need to support community-led, peer-led safe supply initiatives that are working to provide a safe and accessible drug supply, and a framework that decriminalizes, licences and funds compassion clubs. Groups like the Drug Users Liberation Front (DULF), the British Columbia Association for People on Methadone (BCAPOM) and VANDU are leading the way, with their civil disobedience actions of supplying heroin, cocaine, and methamphetamine to people who use drugs.  We need greater and direct investments in community-driven and peer-driven harm reduction services, including inhalation services.

The overdose crisis is the single biggest health crisis confronting BC. It represents a significant failure of our health system to provide care. To quote AIDS activists from the mid 80’s, “Silence=Death”. We need to hear from the Premier of British Columbia, John Horgan. We need to hear from the Minister of Health, Adrian Dix. Platitudes and condolences are not an acceptable response. Bold leadership and profound action are desperately needed on the part of this administration – anything less is unconscionable. 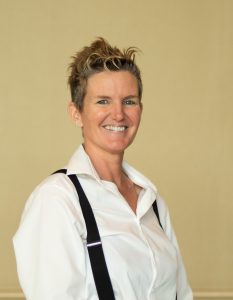