December 11 found a grim Coroners Service Report posted on the provincial government’s Statistical Reports into BC Fatalities page. Fentanyl-Detected Illicit Drug Overdose Deaths January 1, 2012 to October 31, 2017 reports that 2017 has shown a 136% increase of fentanyl detected deaths in BC when compared to the same period in 2016 (January to October 31). Statistics indicate that males still outnumber females in overdose deaths (872 men; 172 women) and April has been the meanest month up to October 31, with 127 deaths.

Where the deaths are occurring can be analyzed with various considerations.

In terms of Health Authorities, Fraser, Vancouver Coastal, and Vancouver Island HAs have seen the most deaths. If you look at Health Service Delivery Areas (HSDA), it’s Vancouver HSDA (239), Fraser South HSDA (161), and Okanagan HSDA (109). In terms of individual townships, the highest numbers of deaths were seen in Vancouver, Surrey, and Victoria.

(See this site for more information on different Health Boundaries)

Responses across the province continue to take a public health and social justice approach, thankfully. There is a lot being written about this ongoing public health crisis. Here are a few pieces:

On December 1st, World AIDS Day, Judy Darcy,  Minister of Mental Health and Addictions, announced the establishment of a Provincial Overdose Emergency Response Centre. PAN was quick to support this move and the potential impact it could have on people living in British Columbia. As Executive Director J. Evin Jones wrote, “We hope that this multi-sectoral response that is region-specific and guided by people who use drugs and those with lived experience may shift the devastation of the ongoing opioid epidemic.”

In late November, a piece was published about Vancouver Island’s construction industry offering a series of workshops that taught workers about how to save colleagues and others from an opioid overdose. I thought this was great news.

When a funeral home promised a controversial anti-drug education campaign because of the opioid crisis, the BC Coroners Service responded: “While we acknowledge the importance of public education and awareness, the BC Coroners Service does not endorse, and will not be participating in, fear-based initiatives.” The response provides information on best practices, acknowledges social determinants that put people in difficult situations, and concludes, “In the long run, compassion and support, including prescribed medical treatment where appropriate, will be much more effective in turning this crisis around than fear and shame.”

Workers sought for Victoria’s first supervised drug consumption site
Island Health is going to open a supervised consumption site and is looking for workers. The article about this new endeavour cites AIDS Vancouver Island’s Executive Director (and PAN Board Co-Chair) Katrina Jensen and AVI’s work. “AVI serves about 2,000 clients who access a range of harm-reduction services, from clean drug supplies and support groups to education and shelter.” Katrina made the important point that in order to prevent as many overdoses as possible, harm-reduction services must also be maintained in alignment with safe consumption services.

Do you have news from your region you wish to share with the PAN membership? Please send pieces to Janet.

Statistical reports from the BC Government

Drug Use and Overdose Response Resources 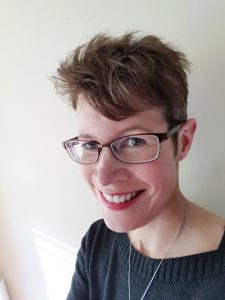