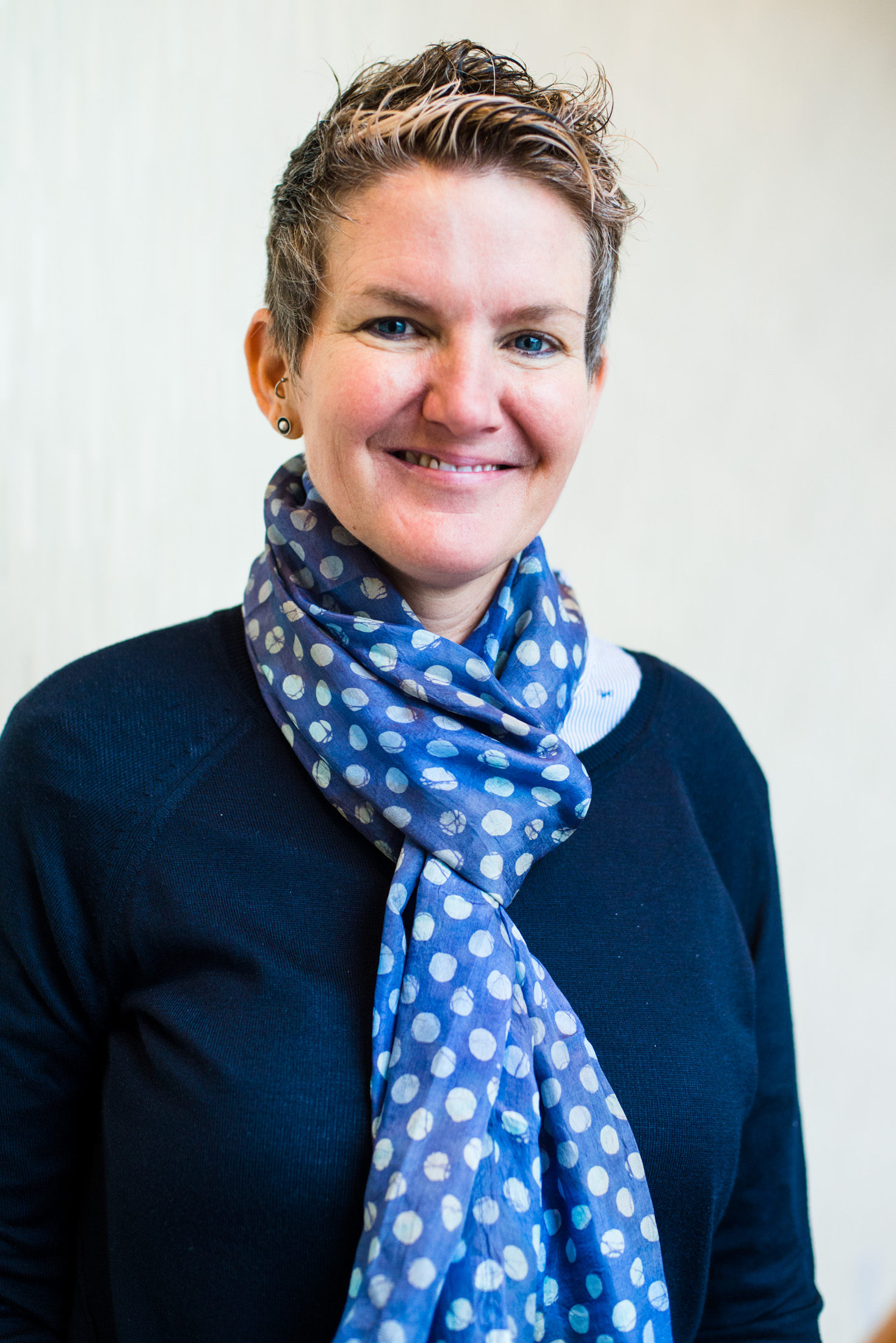 Evin has been working in the community-based response to HIV since January of 1996, after obtaining a Bachelor’s degree in History in Women’s Studies at Queens University and the Juris Doctor (or Doctor of Law) degree at University of British Columbia. Soon after graduating, Evin was motivated to work for social justice in a field that was very relevant to being a member of the queer community, rather than to practice as a lawyer. Being aware of the HIV epidemic and its impact on her community, Evin applied for and was hired as a legal advocate at the British Columbia Persons with AIDS (BCPWA) Society, now known as Positive Living BC. Very quickly Evin became the head of the Advocacy Department, providing legal advice and support for positive members, especially around income security, and supervising and supporting other advocates.

Evin’s first involvement with PAN was as a contractor – helping to facilitate meetings, as well as presenting on the Schedule C advocacy initiative. Later, when she was working as ED of YouthCO, Evin volunteered to sit on what was then the PAN Working Group (which eventually evolved into the Board of Directors when PAN incorporated). In 2008, Evin began doing some administrative contract work for PAN, and subsequently was hired as PAN’s first ever Executive Director (and first staff position) in the fall of 2008.

What first piqued your interest in HIV research?

Through my 20-year involvement in the HIV sector, I have witnessed the important role that research has played in the community-based response to HIV, especially in the 90’s when there was an extreme public health crisis of AIDS related deaths. Research and researchers had a critical impact on the lives of those living with HIV, not just in Canada but internationally, with the most significant impacts being with the clinical research and the evolution of treatment.

Research has also had a big impact on how programs have been developed at the community level – this also has had implications for fund development and the sustainability of programs. For example, during my time as Executive Director at Friends For Life (FFL), a CIHR Operational grant was secured to investigate the impact of complementary and alternative medicine (CAM) on the quality of life and wellbeing of people living with HIV. Here, evidence-based perspective and research were used to demonstrate the value of some of FFL’s programs.

Thinking of the PAN network, and our member organizations, we can use research as a means to determine the effectiveness of services and programs. This can help inform decisions on what we want to finance as part of the response, with the ultimate goal of policy and program change to better meet the needs of people living with HIV and those most at risk.

I am especially intrigued by the community response perspective in research. I believe that addressing the social determinants of health and focusing on prevention, while taking a community-based approach and effectively engaging positive folks in the research – is critical to improving programs and creating meaningful change. BC has always been at the forefront with HIV research, with the BC Centre for Excellence in HIV/AIDS and BCCDC contributing to the larger body of clinical evidence and biomedical research on an ongoing basis. It is exciting to see that PAN and our member organizations are playing a larger role in pursuing community-based research, and how community-based organizations, ASO’s and people with lived experience are making contributions to the body of research knowledge and evidence.

What role do you think HIV/AIDS research plays in the “real world?”

On a day-to-day level, I think that community-based research (CBR) principles, supported by the GIPA/MIPA principles, help keep organizations honest and accountable. In order to truly live up to these principles, an organization has to be self-reflexive and accountable in addressing the barriers for folks with lived experience to participate in research at all levels (so they are engaged as actors and not just subjects). Transparency, ethics, integrity, and relationship-building also become important. Many of the research areas that PAN and our partners are most engaged in and supports (e.g. housing, food security, stigma, etc.) were born out of community discussions. The social determinants of health, stigma …we know from experience that they play a key role in people’s health outcomes. These are real world, tangible issues and not just abstract ideas.

Besides the evolution of HAART and other treatments, the most rewarding and “real” application of HIV/AIDS research I have seen and experienced to date is the Schedule C Initiative. In the mid-90’s, HIV related research was exploding – and the BC Centre for Excellence was at the forefront of this research in Canada, including looking at social and economic factors such as housing and income and their impact on HIV and disease progression. Myself and other advocates at BCPWA used this research to apply for additional BC benefits (welfare) for people living with HIV and AIDS who were on disability. We completed applications, were refused, appealed to tribunal and appealed again, taking these cases all the way through the system. The Ministry was flooded with hundreds of applications and appeals, and we began winning all of our cases. This resulted in many people living with HIV, being awarded hundreds of dollars more each month, to support themselves and keep themselves healthy. Ultimately the provincial government amended the legislation to create a standing additional monthly benefit for people facing a life-threatening health circumstance. This was a big win! and taught me how important it is to have evidence when making a case to policy makers and the public at large. Being able to cite research, I think we all know, can be incredibly persuasive!

How is the community involved in your research?

Here at PAN, within our CBR and Evaluation Program, the community is involved on every level. We have a participatory approach and we engage individuals with lived experience as members of all of our research teams, and in many instances we have Peer Research Associates involved in these projects as well. Very excitingly, PAN recently hired a team of peer evaluators who are now involved in the planning, implementation and knowledge translation phases of an impact evaluation for the Positive Leadership Development Institute (PLDI) here in BC.

PAN also engages our member and allied organizations in research as site partners and decision makers. Whether it be individuals or organizations, PAN strengthens community engagement through facilitating and fostering relationships and communications. “Community” also goes beyond people with lived experiences and frontline workers and organizations – PAN engages academics, policy makers, government agencies, and other decision-makers and -influencers.

PAN is also a community on its own. This is reflected in the CBR projects that PAN is leading and in other CBR initiatives that PAN is involved in supporting. We are sensitive to regional differences because we are a provincial network, and we try to reflect and respond to regional realities in our work – not just what’s happening in the Lower Mainland. This provincial scope is reflected in The BC People Living with HIV Stigma Index Project and the Positive Living Positive Homes CBR study. Another example of this is the Moving Mountains Project, in which people in the Northern BC region have come together repeatedly to set research priorities for their region and to build capacity to participate in CBR.

If you had unlimited funds, which areas of research would you invest in?

I have always been really interested in resilience and have been fascinated by the different realities and challenges people face as we move through life, and how human beings deal with adversity, be it health challenges, social justice, social inequities, stigma… I would like to investigate the common theme around what helps people to thrive, despite challenges (whether it be non-systemic or systemic challenges, like poverty, legacy of colonization, sexism, and racism), and explore how we replicate these strengths. It would be beneficial for our community and society, if we can learn from these people and scale up their success and strengths!

Flying through the air – soaring like an eagle, zipping around like a humming bird, or bumbling along like a bee. It would be an experience to move through the air. Seeing the world from up high (or perhaps, even just bee flying altitude) would give me a new perspective that would involve a lot of freedom. It’s scary and exhilarating, all at the same time – I’m scared of heights but it would be inspiring to step out of my comfort zone.